Since Ceph OSDs are RAM hogs - One or two GB per OSD PLUS one GB per TB of space - The R610s will be maxed out with 192GB of RAM each. As disks are replaced with larger ones I'll have to switch out the R610s for R620s which have space for more RAM.

One thing to note is that they are just thin enough that they slide past the zero U PDUs I have in back of my rack.

The attached photo shows the two DAS units and two of the four R610s.

A few notes about the hardware:

What I mean by it fits past the zero U PDUs 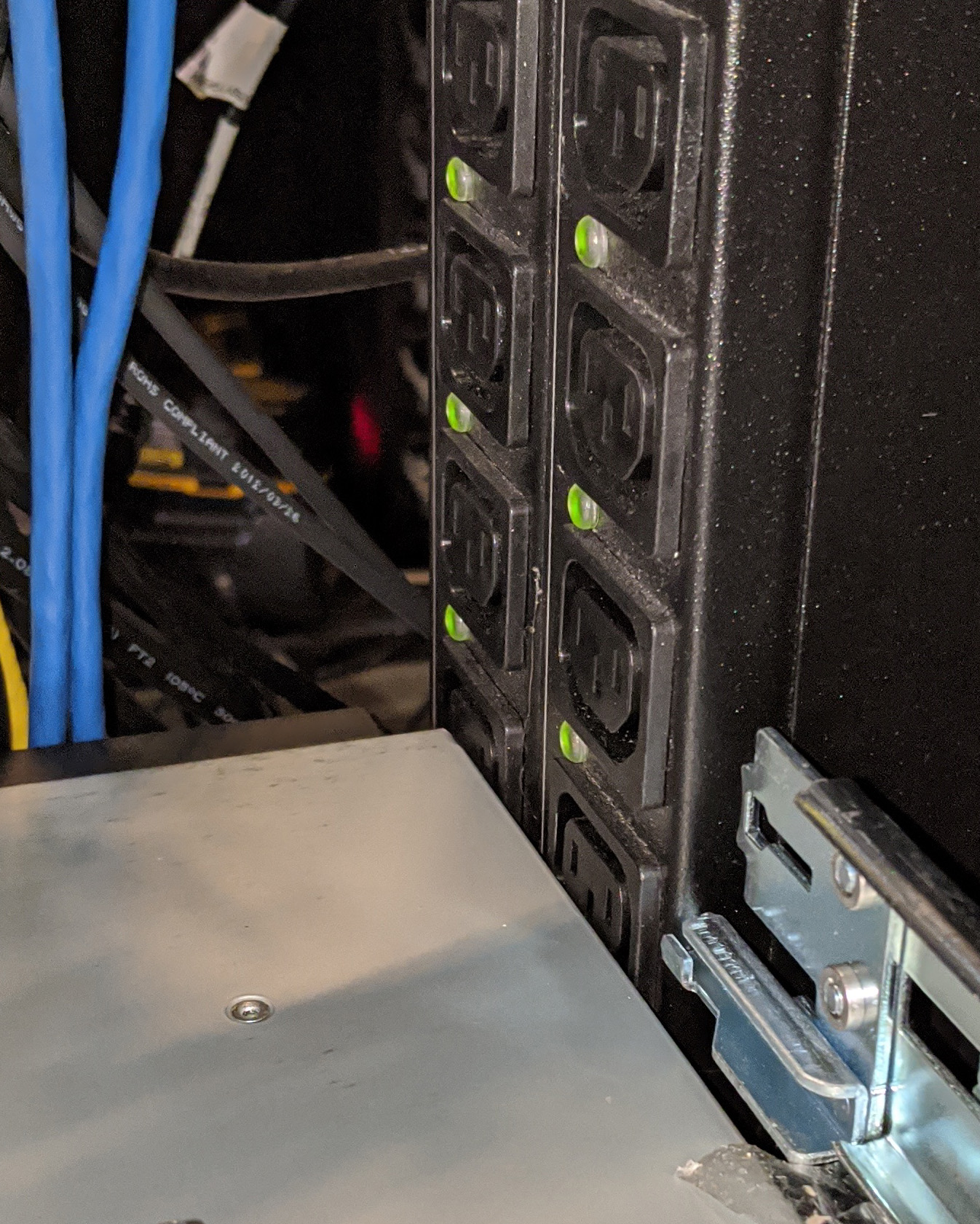