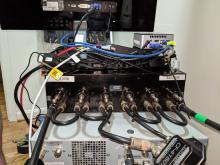 I've turned off the VA-Sterling room for now as I've got my node defaulting to the Virginia room with a few other nodes in the state. 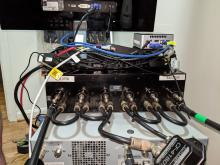 The Sterling, VA, USA repeater and WIRES-X node is now up and operational.

It is a full duplex WIRES-X node, C4FM Repeater, and FM Repeater in FM19ha run by KG4TIH.

This Yaesu DR-2X repeater on 70cm is set for analog and C4FM mode. The node is set to auto join the VA-Sterling (28558) room after an inactivity period of 10 minutes. When in this room or others all C4FM traffic will be sent to the Wires-X room and all signals received via the room will be transmitted via C4FM. The Wires-X features on some Yaesu radios will allow the user to control what room is connected.

Note: If/when coordinated frequencies come in and the associated repeater is up, the frequencies will change.